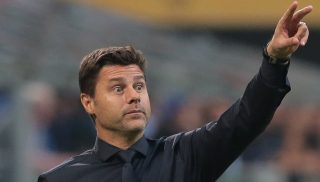 When I was a kid, I used to visit my grandparents with my cousins.

What used to trick my curiosity about these visits were the weird little things. One of the other kids didn’t fancy eating their carrots and it was ok because they’d tried them but just didn’t like them.

I wanted to avoid eating that horrible orange shite too, but as I tried to get out of facing up to eating them, I got quite the backlash!! I was put truly in my place as to what was expected of me while I was at the old dinner table.

I thought that that shit was mental!! No way did I expect to see such things repeated in the wider world as I got older. But the press have more than matched this madness in their approach to summarising the seasons of Spurs and United.

Where United have lost this season, they’ve played abysmally. They’ve deserved the criticism they received. For 80 minutes against Brighton, we were pathetic. For 60 minutes against Spurs, we looked to be incapable of defending and toothless up front. Every ounce of criticism that was handed out was earned and justified. Individually and collectively players were failing to deliver. Fingers were pointed at Mourinho for losing a dressing room and the players revolting against him.

During this spell, Pochettino and his players were being lorded as incredible. As they wrapped up comfortable wins against us and Fulham.

As we returned to winning ways against Burnley, the press reaction was appropriately quiet. We’d gone to a side in such painfully bad form it would have taken goth level pessimism to not expect us to come away with 3 points.

The reaction was appropriately lukewarm. While we’d won quite comfortably, we’d certainly not tested by a side who were as relieved to be out of Europe as Jacob Rees-Mogg is.

As Spurs were quite comfortably beaten by Watford, I wasn’t expecting a huge printed beating of Pochettino and his men, but I made what I thought was a safe assumption that he, Kane, and Spurs other big names would take the kind of bashing that Mourinho and Pogba had taken after United’s defeats, but no, not a word.

As they welcomed a thriving Liverpool side (trust me, I felt sicker writing that than you have reading it) no-one was expecting a comfortable home win like last years, but we expected them to offer Klopp’s side their first significant challenge of the season. Instead, they had wayward finishing by Liverpool to thank for losing a game they were totally outplayed in by such a flattering margin.

United stepped up to and beat the challenge posed by a very strong Watford side on their home ground, naively I expected that come Sunday morning, the written press, the messes consuming croissants and sofa space on the various pundit channels would be taking time to comment on how United were slowly developing a style of play and run of form that showed there are the starts of something to look forward to this season. That these people might choose to lay a glove on a coach and star players at Spurs that appear to be suffering from the footballing equivalent of brewers droop at the start of this campaign. No, nothing!!

We then move on to the opening round of Champions League fixtures. A point in the season where we stand up and pay attention. Pochettino sees fit to rest key players in a fixture that would pose major questions of him and his team. Questions his team fail to answer spectacularly as they concede late on to throw away a game they had in the bag with 85 minutes on the clock. Once again they’ve lost a game through an inability to defend crosses into the box, a trend many managers and clubs would be hounded into oblivion over……. but no, aside from questions over the players left at home, this third straight defeat was as newsworthy as water being wet.

Meanwhile, United win their third away game on the bounce, in fairly commanding fashion with impressive displays from our record signing and most questioned performer this season, and two young full backs who showed us many exciting glimpses of what the future could hold for us if they can consistently build on their promising shifts put in in Berne. Am I expecting a huge out pouring of ink and tv time over the result and performance? Good god no….. as we all know, when it comes to modern journalism, the rules are quite simple.

A United side, playing like it’s behind a manager who is finding ways of making the most of his squad will be about as well covered as a glamour models tits.

Spurs though, well that’s a different story, we know that from the way that our press won’t bring themselves to write about it on the same scale…

You can WATCH some of Jonathan’s work on YouTube here.