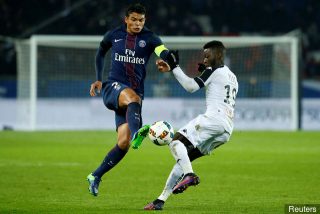 Barcelona are reportedly ready to do all they can to stop in-form Lille forward Nicolas Pepe sealing a transfer to Manchester United.

This is according to Spanish outlet Don Balon, who report Barcelona are also keen on the promising Ivorian striker following links with the Reds.

Team Talk have also translated French source Telefoot’s report of interest from United, but Don Balon claim the La Liga champions could look to Pepe as a potential long-term replacement for Luis Suarez as he starts to show welcome signs of decline.

Pepe, 23, does seem an ideal buy for Barcelona’s style of play, even if he would be a risk due to being unproven at the top level.

And, with Jose Mourinho’s current options in attack, such a move would definitely put further doubt in Anthony Martial’s future at the club.

As noted by the Spanish outlet, Pepe is likely to cost approximately £30 million, which could also end up proving to be a bargain for such a talented young player United might not want to miss out on.

Pepe already has five goals and three assists to his name this season.