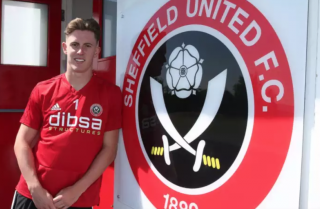 Manchester United goalkeeper Dean Henderson is once again making a good impression while out on loan.

After starring for Shrewsbury Town last season, the 21-year-old is spending the season at Sheffield United.

He was in action against Birmingham City on Wednesday evening and produced some top quality saves.

The pick of the bunch was reminiscent of his most teammate at United, David de Gea. Henderson saved from Spanish midfielder Jota by extending his right leg and diverting the shot away with his feet.

It certainly looks like he has been learning elements of goalkeeping from De Gea.

You can watch the clip in the video below: