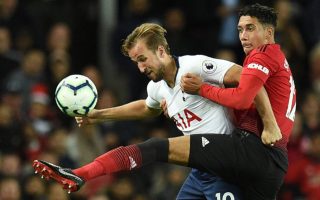 Our defence isn’t good enough. You don’t have to be a United fan to know that.

Jose Mourinho has tried to build an 11 that defends better as a team rather than relying on a centre-back partnership. During the summer it seemed Jose tried to change that with the highly publicised pursuits of Maguire, Alderweireld and Boateng.

During  Mourinho’s time at the club, the defence has been a problematic area. Any fan of the club can see the centre back partnership of Smalling and Jones has had very varied results. There are many examples from many seasons but last seasons performance of the two in the premier league fixture away to Spurs last season being a particular low point. The FA Cup semi final against the same opposition was probably their high point and that is the problem, too many inconsistent displays with shocking highs and lows.

This season, Lindelof and Bailly had a brilliant opening game against Leicester only to follow it up with the disaster at the Amex the next fixture.

So there we were at home to Spurs this season with Jones and Smalling once again joined together but this time with Herrera, of all people. We know what the outcome was.

Smalling and Lindelof have held the fought in the last three away games and faired well enough in the wins but who are United’s future pairing?

Everything has seemed like a temporary fix so far under Mourinho.

So how about our rivals? City boast a fluid set up throughout the team that this season has consisted a defensive rotation of Stones, Otemendi, Laporte and Kompany. City can’t really be compared in the same way but a team like Chelsea have benefitted by playing Rudiger and Luiz all season. It’s true they have not had a game as disastrous as United’s against Brighton to even consider a change though.

Spurs have an interchangeable, experienced and flexible defence despite current form.

The red side of Merseysides ever growing confidence and quality recruitment under Klopp is a serious cause for concern. Slowly but surely they seem to have solved the glaring problems they had themselves defensively.

Another factor in United’s defensive frailties could be labelled at the square pegs in round holes at full back. Converted wingers, Young and Valencia, have had as mixed success as Smalling and Jones. Young is a trusted ally of Mourinho last season despite his lack of quality defensively or arguably offensively. Valencia has been steady at best and at club captain, only Dalot seems like any competition since Fosu-Mensah’s departure to Fulham. Shaw’s displays this season have given much-needed balance and quality on the left side and have been a bright spot in a difficult start to the season.

What is the future and the answer to all these things? It seems United have given their current squad members enough of a chance to make a difference and not only with Mourinho but with other managers since Sir Alex Ferguson. We are still seeing the same mistakes with the same personnel and a Premier League title challenge seems a long way off.

United seem to have found a formula that has worked recently but how long will it be before we start talking about the same problems all over again? Time will tell, for now, let’s enjoy the current form.