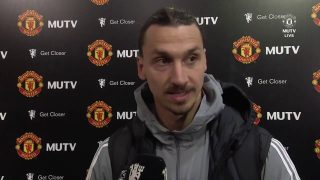 For those well versed in browsing the Manchester United website down the years, the name Ryan Grant may ring a few bells. He brought readers scores of articles, keeping supporters abreast of the latest news including player interviews.

Ryan has since taken up employment covering another Lancashire side, Blackburn Rovers, but is still very much tied to United in the supporter stakes at least. Once a red, always a red and all that!

He kindly took some time down out of his job at Ewood Park to talk to Stretty News about his time working for United in particular.

Tell our readers a bit about yourself, have you always had an interest in media and how did your move to United happen?

Before heading off to university I’d known for a while that I wanted to do something media-related, but didn’t choose sports journalism in particular until quite late on. I went on to study sports journalism at the University of Central Lancashire – which has a great reputation when it comes to media courses – and was encouraged to get as much experience as possible alongside the degree. After getting some work at local and national publications, I managed to bag a day’s placement at United and things snowballed from there.

The website editor lived just around the corner from me at the time and I pestered him about coming back; before I knew it, I was studying during the day and covering matches in the evenings and at weekends. When I finished my degree, I picked up more work at United and loved every minute. I knew how lucky I was to have ended up in that role straight out of university and learned a lot in a short space of time. I’ll never forget those first few weeks, and still have my first teamsheet – from the 4-0 win over Norwich in 2013 – framed at home.

What were the most enjoyable parts of your role in the media team?

As a United fan, I think the most enjoyable part of the role was having the ability to produce content for people just like myself all over the world. Working within the club really brings home the scale of the club’s support, and with that comes both opportunity and limitation from a media point of view. Naturally, it was really exciting to get that call or email to say you were down to interview a certain player or attend a certain game, and I’ll be forever thankful for the experiences I had covering United in Europe and at cup finals, as well as interviewing legends like Giggsy and Bryan Robson.

Who was your most memorable and satisfying player to interview, what stood out?

Zlatan Ibrahimovic immediately comes to mind. He was a club media dream as he was so unpredictable and everyone wanted to hear what he had to say. I remember grabbing him for a quick interview after his league debut and asking him how he felt; he replied: “I feel alive” and left it at that! I completely understand the need for players to receive media training, but Zlatan was a breath of fresh air without being controversial in his interviews, and that made things all the more fun for us and the fans. I always enjoyed interviewing Ander Herrera and Andreas Pereira too, they’d often make time to speak to us and put plenty of thought into their answers.

Nowadays clubs like United appear to be encompassed in a closed-off bubble, do you think there should be more interaction from the club with blogs and supporters trusts?

Absolutely, but again I think it’s important to understand the limitations. At a club the size of United, I think it’s about finding a balance between protecting the players from the intense scrutiny they find themselves under every day, and making sure there’s a bridge between the club and the fans. To me, fan content/relations can be a really important part of how clubs operate and that’s something I’ve tried to focus on in my new role. So many clubs take a data-led approach to their media output and, while that’s useful, I don’t think you can put a number on things like the general feeling among fans. So long as it’s done in the right way, I’m all for it.

How has your role at Blackburn differed to that at United?

I think it’s fair to say every club operates differently but, in terms of my role, it’s differed massively. Of course, some things stay the same – purely in terms of being a journalist, reporting on football and dealing with certain situations, my role at United gave me a great platform and I still apply a lot of the things I was taught in my day-to-day work. The access you get to players can often depend on the manager, and I’m fortunate to be working under a fantastic football man in Tony Mowbray, who not only understands the game but also the importance of what we do in the media department. We’re a three-man team at Blackburn, which means we work six and a half days a week for 10 months of the year, so it’s been an enjoyable challenge, working with a different level of resources and really having to think outside the box to get some creative content out there. It’s been great to take on more responsibility and learn more about the communications side of a football club. Going back to your last question, whereas United are a truly global club, Rovers are a real community club, and that also affects the kind of work we do.

Finally, as a United fan, do you think Mourinho is the man to restore United’s glories, what are your hopes for the remainder of the season?

The first thing I’d say about this season is that there’s still such a long way to go, and we all know it’s never wise to rule out any scenario when it comes to United, so my message would be to enjoy it and see how things look at Christmas. Having said that, I think the win at Watford was an important one. I think a lot can be said for team spirit in the Premier League, and it’s been great to see the fans getting behind Jose and the players after a couple of tough results against Spurs and Brighton. To me, a lot of the ingredients are there, and I think the next transfer window could be key, so ask me again in January and I’ll get off the fence!

Stretty News would like to thank Ryan for taking the time to contribute to this article.

Is anyone even surprised that Zlatan took the interview spoils?

You can catch more of Ryan’s work via Twitter – @RyanGrant01