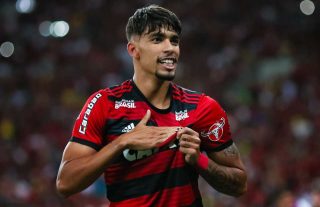 Manchester United have reportedly received a transfer boost for rumoured target and Flamengo starlet Lucas Paqueta as he has been tipped to leave the Brazilian outfit.

The 21-year-old has been early plenty of praise in Brazil and has enjoyed an impressive season to date having scored six goals and provided four assists in 28 appearances.

We brought you a report of United’s alleged interest this week and this can be seen as a further development to the story.

Calciomercato report that United, AC Milan, Juventus and Paris Saint-Germain are all keen on signing Paqueta, who has a €50 million release clause in his contract.

However, it’s now added that Flamengo vice-president Ricardo Lomba has opened the door for an exit from December onwards, opening up an opportunity for the player to leave in the winter transfer window.

Furthermore, it also remains to be seen which potential destination is most attractive to Paqueta himself, as he seemingly has the pick of all top European leagues, so he needs to carefully consider which suits him best.

Many suggest United need more creativity going forward, so the Brazilian ace could be an ideal addition for Jose Mourinho to add another option, while Paqueta has his entire career ahead of him to improve and develop his game.

In turn, a move to Old Trafford may make sense.

Either way, with all the clubs mentioned, United would face a transfer scrap to land Paqueta next year.