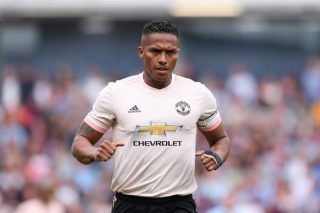 But manager Jose Mourinho has decided to rest one key player amid fears over the artificial pitch that his side will play on at the Stade de Suisse.

All clubs in Group H will have to play on the synthetic 3G pitch at least once during this campaign; they include Serie A giants Juventus and Spanish outfit Valencia.

And it has forced Mourinho to leave club captain Antonio Valencia out of his plans in order to protect the right-back from suffering any problems with his knee.

“We decide not to play Antonio Valencia because his knee is not a knee that needs an artificial pitch at all,” said Mourinho, as per The Mirror.

“Valencia’s situation, we need to protect his clinical situation, apart from that we go with everything we have and have to try and win.

“So, we brought Luke Shaw back to the squad and to the team.

“I told already Luke Shaw is playing and apart from him we have Diogo, Ashley Young and Darmian ready to play.”

Antonio Valencia training at Carrington despite not travelling to Bern. Common practice for him to miss midweek trips to save him for weekend games. #mufc

Mourinho, however, adds he will not use Young Boys’ pitch as an excuse.

“I don’t want to use the pitch, especially before the match, as a possible excuse for a not very good performance.”

There’s a good chance Mourinho will opt for Marcus Rashford to support Romelu Lukaku in United attack, with former FC Porto starlet Diogo Dalot getting the nod at right-back for his first-team debut.