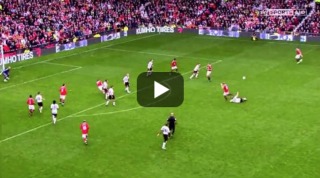 Eight years on from the very day, Dimitar Berbatov talks us through his stunning hat-trick against Liverpool.

The former Manchester United striker used social network Instagram to share his commentary and insight of each goal, as the Reds beat Liverpool 3-2 thanks to his goals.

Everything rested with the vision and touch of Berbatov. Liverpool had the tenacity to pull level from 2-0 down, but those attributes were not sufficient when United had the majesty of the Bulgarian. The sheer range of his work was beyond the scope of the opposition’s defence and he headed the winner from John O’Shea’s cross with just six minutes left on the clock.

The hat-trick begun with a header, but the centrepiece was a moment of unforgettable genius and technique. The goal was exquisite. Nani’s low cross in the 59th minute went behind Berbatov, but he flicked it up and, on the turn, put a lob high into the net while José Reina scarcely moved.

Berbatov was different gravy. A player that appeared to have velcro on his boots given how elegant he looked whenever taking his first touch of the ball.