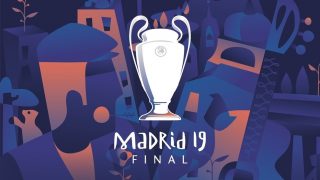 Dale is joined by Paul and Jonathan on this week’s Strettycast. Philip featured throughout but was rudely interrupted on a number of occasions by super agent Jorge Mendes, who has it in for our podcast since last season…

It would be crazy to write off our chances just yet, although it’s unlikely United will go all the way in this season’s competition but the least the lads want to see is Jose Mourinho’s men give it a shot.

Whatever Paul Pogba tells you, in 2018 the pinnacle of football is the UEFA Champions League and even though it looks like it will take some time before we see United lift it again, you’ve got to start a new campaign with an open mind.

This time last season, you would have laughed if I said Liverpool would go on to reach the 2018 final in Kiev… thankfully, that’s about it. They had nothing to show for it at full-time.

Please leave a kind review for our podcast on iTunes and spread the word.