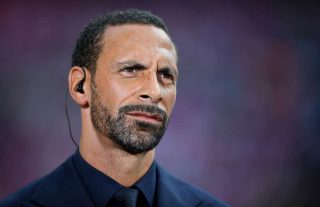 Jose Mourinho’s men kick off their campaign against Young Boys in Switzerland on Wednesday night.

United have been handed a difficult group alongside Serie A giants Juventus and Valencia and must put a stuttering start to the season behind them.

READ MORE: Ferdinand hits out at Mourinho over his use of Marcus Rashford

The last time United reached the Champions League final was in 2011 but Ferdinand doesn’t see his old club reaching the same heights this season.

‘I don’t think they have enough. The foundations of every big team that wins things is the defence. And the United defence is not strong enough and they have not reinforced so I don’t see them doing well,’ Ferdinand told BT Sport, as per The Metro.

‘They’ve got a Superman in goal. If he’s not in that goal I don’t know what would happen over the last three or four years. ‘The guys in front of him, there’s inconsistencies in terms of personnel every week. You can’t build a defence on people that aren’t going to be reliable. And then when people are in there they haven’t performed.

‘Has (Victor) Lindelof worked? No. Has (Eric) Bailly worked? No. (Chris) Smalling and (Phil) Jones haven’t kicked on like the potential they showed when they first came through the door. So that ain’t going to change. ‘I think they will get out of the group – and it’s a good group with Cristiano Ronaldo coming back with Juventus – but not much further.’