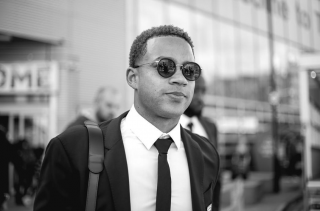 Some Manchester United fans have been pining for Memphis Depay to one day make a return to Old Trafford. The Dutch winger failed to hit the heights expected under his fellow countryman, and so-called father figure Louis Van Gaal, and then Jose Mourinho.

Depay was sold to French side Lyon, without too many tears being shed, where he has began to revive a career which drastically stalled under the pressures of the spotlight of the iconic number 7 shirt at United.

In these times of commercialism playing a big part in transfers United, in their attempts to not have total egg on their face a la Paul Pogba, inserted a buy-back clause into Depay’s transfer to Lyon, meaning a transfer could hypothetically materialise one day.

That seems virtually improbable if Depay’s latest social media post on Instagram is anything to go by. In a strange stab at United, Depay uses the word ‘hardship’ when talking about his time at United.

Hardship, by definition, is severe suffering. If severe suffering is rocking up to a reserve game in a Rolls Royce after a game costing mistake at Stoke at the weekend, raking in over £100,000 a week and living the flash, bling life then yeah fair point, Memphis.

Wayne Rooney was hardly the consummate role model with some of his off-field actions, including copping a Phil Bardsley right hook, but when even he questions a player’s professionalism, you know there were some big issues. Memphis was very much the sort who thought he could just rock up in the tracksuit having made it.

The fact of the matter is Memphis could not hack life at United, if he was able to put his lavish rewards to one side he would surely still be forging a career in that number 7 shirt.

This post strikes of a man who harbours resentment and bitterness and will only go to back up Rooney’s point even more.

It’s fair to say not too many people want United to be walking in Memphis in the future. He can keep his baggage in France.