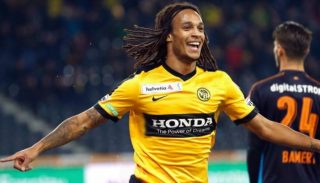 None of us at Stretty News are experts on Swiss football, there’s no point pretending otherwise.

We could read form guides and check up on where they’re positioned in the league standings, but everyone could do that with an internet connection and a few simple clicks.

I reached out to Oliver Zesiger, the Switzerland co-head researcher for Football Manager, to gather some extra information on Young Boys, who welcome Manchester United to Bern on Wednesday night.

Tell us about the current Young Boys side, the star player and their strengths & weaknesses?

Young Boys, or YB, as they’re called here, are a good team in transition. They press high up the pitch and then quickly transition into attack when they win the ball. They’re also good on the counter, as they have quick players. This season though, after the departure of Adi Hütter to Frankfurt, they adapted to a more possession-oriented style in certain games. They are able to play both styles, but I believe that in the Champions League, they will try to play out their quickness.

As for weaknesses, their overall quality is obviously not at the standard of their opponents in the group. I have question marks behind parts of the defence, mainly Gregory Wüthrich, who has made some mistakes this season. Although not every mistake was punished. I also think that Loris Benito at left back can be overwhelmed when he plays against someone with quick acceleration and speed.

Kevin Mbabu is their best player. The former Newcastle-man recently made his debut for the Swiss national team. He also made an impact in the first leg of the Champions League play-offs against Zagreb, with a fantastic run and goal early in the game. He is only 23 years of age and ready to move to a bigger club.

What can fans travelling to Bern expect from Switzerland’s capital?

Bern is a beautiful city with lots of small alleys to discover. My personal recommendation is to visit the “Rosengarten” (rose garden), which sits at about the halfway mark between the main station and the Stade de Suisse. From there you have a beautiful view over the city and, if the weather is good, you can even see the Alps. Right underneath the rose garden is the “Bärengraben” (bear trench), where the symbol of the city, the bears, live and can be watched. The whole walk from the main station to the stadium takes about 45 minutes but is well worth it. Just make sure you take the route over the Nydegg-bridge to see the bear trench and rose garden.

The city has a very relaxed atmosphere. People from Bern have the image to be slow, but in truth, they’re just laid-back and enjoy life.

The club was founded 120 years ago, in 1898. The greatest highs and lows of their history?

It’s a little-known fact outside of Switzerland that YB once played a Champions League semi-final. in 1959, the club welcomed Stade Reims to the Wankdorf stadium. Over 64’000 fans attended this game, which still is the biggest attendance for a football game in Switzerland ever. Young Boys even managed to win by a single goal, but lost the second leg in Paris 3-0 and couldn’t qualify for the final. From 1957 to 1960, Young Boys managed to win four Swiss league championships in a row. They also managed to win three in a row between 1909 and 1911.

After a long dry spell in the 1960’s, 70’s and early 80’s, only one cup title in those decades, they’ve won the 1985/86 league title and the 1987 Swiss cup. This would turn out to be the last trophy they’ve won for over 30 years. In the nineties, YB would lose ground on the top teams, and trouble brewede off the pitch, as they’ve lacked funds. This resulted in the fall to the second tier of Swiss football in 1997 and a darker period with the club being close to becoming bankrupt.

A new era began in 2005, with the opening of the Stade de Suisse, still called Wankdorf by YB-fans. The club was on more solid grounds, financially, and began to work towards winning a title. The very first attempt went badly, as YB lost to second tier side FC Sion after penalties in the Swiss Cup final. Later, they came close to winning the league title, but lost in it in the final game of the season to Basel. And they’ve lost another cup title to Sion, after being 2-0 up in the game. They’ve earned an image as a loser-club who would never win anything again. There’s even a verb called “veryoungboysen” in the Swiss language, meaning, losing from an almost impossible-to-lose position.

But the tides began to turn with director of football Fredy Bickel and later, Christoph Spycher. They club calmed down and began working smarter. This resulted in their first title in over 30 years in last April against Luzern, which brought euphoria to many of the younger, and tears to their eyes to many older YB-fans.

What are the press in Switzerland saying about United ahead of the game?

There’s a clear sentiment that it’s a tough group. Some outlets write about the group being a “dream-group” because of the big name opponents. But there’s also the sentiment that they could do harm to United, if they play at their best. One thing mentioned it the artificial pitch at the Stade de Suisse, which could be an advantage for YB. In general, there has not been written too much about this game so far, and I expect it to pick up tomorrow. Our media landscape is not comparable to the English, for example.

One interesting fact about Swiss football?

The Swiss Super league is the league of goals. So far, there have been 3,35 goals this season. Last season, we saw 3.0 goals per game and the season before, 3.2. So if you like goals, watch the Swiss Super League!