The Reds ran out a 2-1 win over Watford at Vicarage Road to end the Hornets’ perfect start to the season, which saw them win their opening four games.

David de Gea unsurprisingly gets the nod after making key saves including a late one to secure all three points for Jose Mourinho’s men.

England international Chris Smalling was impressive in defence and grabbed himself a stunning goal too, while Marouane Fellaini continues to make himself a nuisance for the opposition and play a key role for United, particularly in games like these where he uses his physicality and aerial presence to great effect.

Liverpool take up two options from a back three with Joe Gomez and Virgil van Dijk keeping things tight at the back against Tottenham Hotspur.

Further up the pitch, they’re joined by teammates James Milner and Roberto Firmino. Elsewhere, Chelsea’s Eden Hazard can be considered a real standout player from the weekend after scoring a hat-trick against Cardiff City. 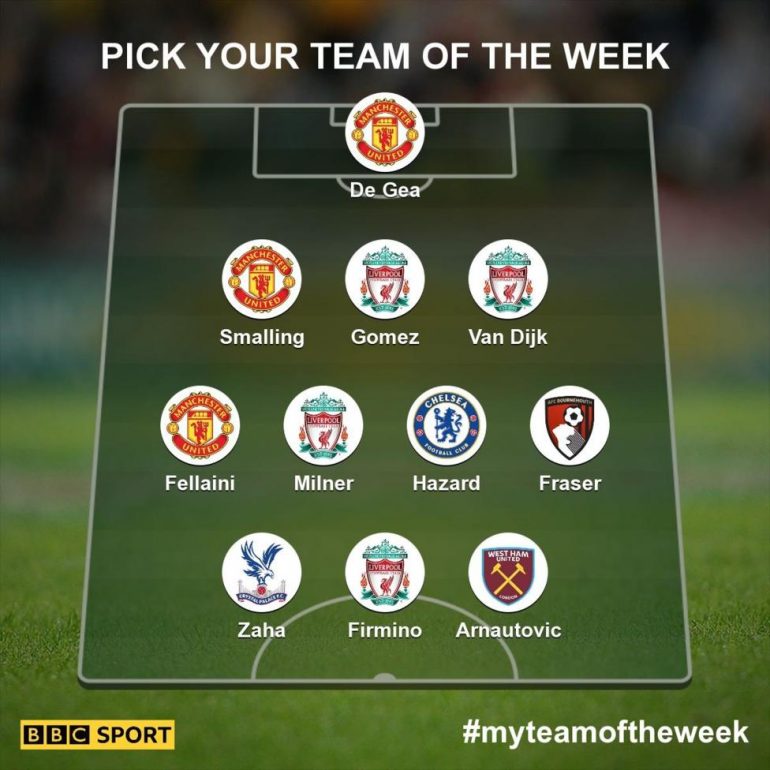 The reactions from Twitter would suggest a lot of people don’t agree with Crooks.

Garth been drinking the fizzing again has he?

Stop smoking pots. It probably not good for you. Gomez?

To make such a comment, Garth, you need to actually have been watching games for years, something which you clearly don’t even bother doing before picking your team’s of the week. #garthout

Please stop this guy from writing these. He does not watch the games.