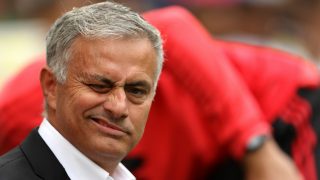 Marcus Rashford is in line for his second start of the 2018-19 season against Young Boys in the Champions League on Wednesday night.

The 20-year-old is the topic of discussion lately with a number of ex-England international urging the United forward to move away from Old Trafford in order to truly progress as a footballer. Even Rio Ferdinand has been critical of Jose Mourinho’s use of Rashford.

Rashford has endured a turbulent month in the early stages of the new campaign and is currently suspended after finding himself sent off against Burnley after brushing heads with former United defender Phil Bardsley, who received a yellow card for doing the same if not more!

He was handed a three-match suspension as a result of the red card and missed out on the Reds’ 2-1 win against Watford on Saturday. The victory saw United secure back-to-back wins for the first time this season and supporters are hopeful Mourinho’s men can build on that in the coming games – starting Wednesday night.

Mourinho takes his team to Switzerland to face Young Boys in the opening fixture of our Champions League campaign. United have also been drawn against Juventus and Valencia in Group H.

According to The Express, Mourinho is mulling over the prospect of including Rashford in his starting line-up after his performances during the recent international break.

Rashford scored in a 2-1 loss against Spain at Wembley before going on to grab the winning goal against Switzerland for the Three Lions two days later.