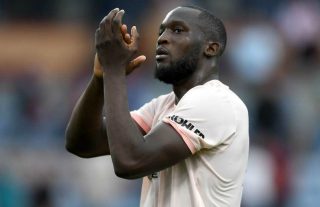 Manchester United’s pink strip is causing a bit of a stir with some of English football’s biggest names critical of the colouring.

Pundits like Gary Lineker, Lee Dixon and Martin Keown were quick to question United’s away kit during their clash against Watford.

It seems bizarre that, in 2018, people can’t accept a pink kit. I guess they have to massage their ‘hard-man’ persona.

During and after the match, tweets emerged from these retired footballers, who look to take any opportunity to slate United.

We have some advice for them. Get the f*** over it. If it’s not Paul Pogba’s hair, it’s something else.

Somebody at @ManUtd must have messed up the laundry. That can’t be the colour of their kit.

What a prick Martin Keown is. “I don’t think Fergie would have liked United wearing that pink kit.” What a weirdo

Seeing so many commentators so insecure as to question why United are wearing a pink shirt is something plucked straight from 1929. United’s away shirt is pink … so yay … be a grown up and deal with that.