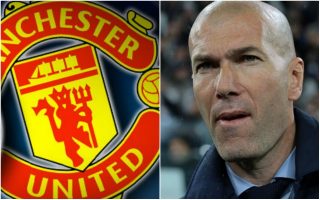 Manchester United have been tipped to sack Jose Mourinho and install Zinedine Zidane as manager following their mixed start to the new Premier League season.

It all sounds very dramatic after two defeats from five games and United have just won back-to-back Premier League games for the first time in this campaign.

Disappointing defeats to Brighton and Tottenham set the mood for another dragged out campaign, but Mourinho sounds determined to get his side back on track and challenging on all fronts.

The Reds have since bounced back with wins over Burnley and Watford, with Romelu Lukaku and Chris Smalling both on target at Vicarage Road this weekend.

And former Liverpool and Real Madrid star, Steve McManaman, cannot see Zidane taking over from Mourinho – because he does not speak English.

The duo were teammates at the Santiago Bernabeu.

Speaking to Caught Offside, McManaman said: “I think the link is mischief-making to be honest.

“Yeah he’s available, of course he is, and Manchester United’s a big job but I think people kind of put two and two together and come up with things.

“He doesn’t speak English, Zizou… I wouldn’t think there’s a link there yet.”

However, Daniel Harris of The Guardian got word over the summer that United had a meeting with Zidane.