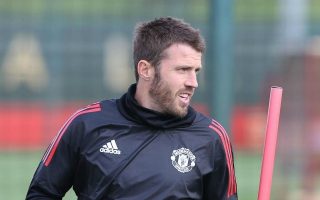 The Reds secured back-to-back Premier League wins for the first time this season on Saturday against the Hornets at Vicarage Road, thanks to first-half goals from Romelu Lukaku and Chris Smalling.

United were very good in the first-half but our performance levels dipped in the second-half as Watford came out fighting, reducing the deficit through Andre Gray just after the hour mark to set up up a nervy last 20 minutes.

READ MORE: Makelele explains why he feels Mourinho is struggling at Man Utd

Jose Mourinho’s men managed to hold on for a vital three points to keep in touch with their rivals at the top of the table – Chelsea and Liverpool still have perfect records in the league after four games.

According to Carrick, United did well to emerge with a hard-fought victory against an in-form Watford, as he told Manchester United’s official website: “The lads showed great character. There were a few tired legs out there towards the end.

“You know what to expect coming here, and they’ve had a great start to the season. They’re a good team.

“The front two cause you a lot of problems when the ball gets played into them, and they have runners off them and it is difficult to play against. I thought first half we played some good football at times, and created chances and obviously got the goals.

“And then we knew what to expect second half; it wasn’t going to be a relaxing affair. They were going to come at us – they had to. In the end, we saw it through.”

United head to Switzerland next to face Young Boys on Wednesday night, as they open their 2018-19 Champions League campaign.

Luke Shaw is expected to return to the line-up at left-back.

However, in the Premier League, United face Wolves at Old Trafford next Saturday.