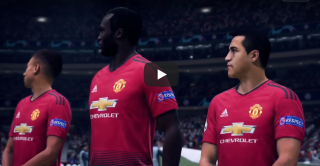 Even though new releases of FIFA rarely include drastic changes to game each year, the excitement built up prior to release is hard to ignore.

The FIFA 19 demo is out now meaning you can download the 7.4GB beta version from the PlayStation Store, Microsoft.com and EA’s Origin now.

The demo lets you play a Champions League group stage match and a portion of The Journey story mode. Here are the playable teams:

In order to sell us the game, EA SPORTS have promised new additions such as a different shooting mechanic, stat-tracking for kick-off, a survival mode and a mode where you can turn off the referee.

The video below will get you even more excited since it shows the Manchester derby in Champions League form. Can you imagine that happening in the knockout stages this season?