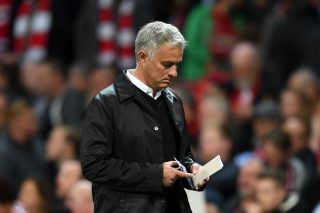 Claude Makelele believes that Jose Mourinho is struggling to manage the latest generation of players at Manchester United.

The Portuguese tactician has found himself under increasing pressure at Old Trafford this season after United lost two of their opening four Premier League matches.

United slumped to back-to-back defeats by Tottenham Hotspur and Brighton before returning to winning ways last time out with a 2-0 victory at Burnley.

Mourinho is struggling to get the best form out of players like Paul Pogba, which is becoming an issue with the Frenchman being outspoken to media whilst away on international duty.

And former Chelsea midfielder Makelele, who played under Mourinho at Stamford Bridge, believes that the coach is once again struggling to adapt to a fresh generation of players.

Makelele is quoted as saying by The Metro: “I learned a lot with Jose.

“But at Chelsea he had players like me, John Terry, Frank Lampard. Now it is different. This generation is not the same.

“Each one is different and maybe he misses the earlier generation. But he still works hard.”

United will look to make it two wins in a row in the Premier League this weekend when they take on Watford away from home. They’re unbeaten so far this season, so Mourinho’s men have a challenge on their hands.

The aim is still to be one of the main contenders for the league title this season, although how unlikely it sounds, but we really should be winning some sort of silverware after failing to do so last term.

We’ve not been champions since our last triumph under Sir Alex Ferguson back in 2013.