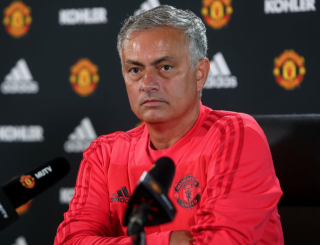 The way in which Jose Mourinho works with young players has been a subject of conversation ever since his initial days at Chelsea.

It was mentioned again when he got the United job back in 2016 because of our rich history of producing quality young footballers – dating back to the Busby Babes and beyond – though Mourinho has done anything but ignore that.

He gave Scott McTominay a number of opportunities in the first team last season, which saw him become an international footballer, and Jesse Lingard has performed better under Mourinho than any other first-team manager.

READ MORE: Jose Mourinho hits back at criticism over use of Rashford with borderline Benitez esque rant

That’s not to mention Marcus Rashford, who Mourinho dedicated over 2 minutes of his press conference to by launching a defence of his behalf, given how he plays the attacker on the left-flank and not as a centre-forward.

But Mourinho also defended himself against the perception people have on him when it comes to dealing with young talent.

“It’s not a perception, some of the persons everybody knows they have double salaries, they work also for the clubs and of course they are not independent and they conduct things in the direction they want. That’s obvious, human, that’s natural, not ethical but I accept.

“The ones that wake up in the morning and the first thing that comes into their mind is Jose Mourinho, Manchester United, I feel sorry for them because there are much more interesting things than us and football.

“But for the Manchester United supporters is important they have the right idea of how things are in reality but the most important thing of all is that the kid is a good kid, a good player, knows what Manchester United did for him [Rashford], starting in the academy, then Mr van Gaal support, then my support and the club’s support, new contract, new shirt, being selected for every single match.

“Since I was here, he was never one day out of selection because of my decision or because he was injured or suspended, he was never, never out of a selection.