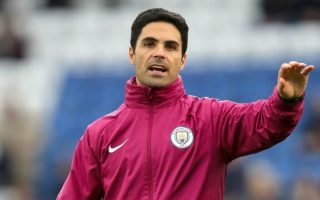 Everyone is discussing the possibility of Zinedine Zidane becoming Manchester United despite Jose Mourinho remaining in charge.

But our friends over at Caught Offside have done something a little different by analysing five alternatives to Zidane for when the moment comes that Mourinho is no longer United manager. Whenever that happens, we’re sure there will be new names thrown into the mix.

However, changing the manager doesn’t always fix the problem. United have already replaced David Moyes and Louis van Gaal since Sir Alex Ferguson retired in 2013, yet issues still sit with the owners and their puppet Ed Woodward.

It is Woodward who works closely with the manager and it is also his job to make sure the recruitment process is up to the right standard, which has not been the case for a long time.

Woodward is to blame for not getting in the targets Mourinho wanted this past summer. The boss made it clear – but privately and publicly – that he wanted a new centre-back before Woodward put off a number of pursuits because some of the players mentioned weren’t better than the players Mourinho already had available to him, in his opinion.

Caught Offside lists Mauricio Pochettino, Massimiliano Allegri, Antonio Conte, Diego Simeone and Mikel Arteta as alternative options to Zidane for the United job, despite nothing to suggest that the role is up for grabs.

Former Arsenal midfielder and current Manchester City coach Arteta comes as a surprise inclusion, but an interesting one to say the least.

Just watched that Arteta interview there. Was class on his day him. Some great goals and memories with our kid, looking back on them. That Fiorentina goal and one against them lot, absolute pearlers.

Despite not having managed a club of his own yet, Arteta has already become a respected coach in world football from his time working under the guidance of Pep Guardiola. He may be a better choice than some of the older coaches mentioned, who have now been around the block. I’d argue that managerial stability is rare nowadays – so rare that clubs wanting to force it usually end up in disarray – and energy can be equally important.

In a head coach role, United wouldn’t be entrusting the entire direction of the club to him. Especially with a Director of Football expected to be announced before the season ends, such a role is much more easily changeable.

According to The Independent, Arteta was very close to becoming Arsenal manager in the summer, which suggests how highly thought of he is at The Emirates. But Unai Emery was given the job instead.

Obviously, there would be a massive risk involved but no more than appointing another manager. The question now is do we really want to part ways with Mourinho and is it the right time to do?

Arteta would be an interesting choice but we don’t know a great deal about his influence at City last season, whereas each week we see what Pochettino is doing with Spurs and how Allegri has continued Juventus’ dominance over Italian football.

Conte is no stranger having won a Premier League title in his first season with Chelsea, but surely it would only be a matter of time before he blows up given United’s recruitment of late in the transfer market.

That leaves us with Simeone, a manager I can’t help but admire for what he’s done at Atletico Madrid, but he would struggle at the beginning due to not being fluent in English. It also looks like his next club will be Inter Milan.