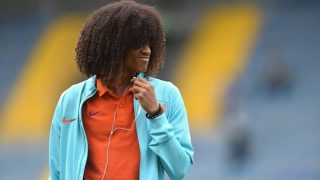 Manchester United fans have been extremely excited about Tahith Chong since his impressive performances on tour this past summer.

The Netherlands U20s side beat England 3-1 with United starlet Chong scoring the equaliser for the Dutch.

Chong goes on a driving run into England’s half before slotting the ball into the net from distance.

When watching Chong in the youth teams for United this season, it’s beginning to look more evident that he is a step above the players he plays against and this goal shows again that he’s head and shoulders above the rest.

Hopefully, in the League Cup this season, manager Jose Mourinho gives Chong some minutes, as well as Angel Gomes.