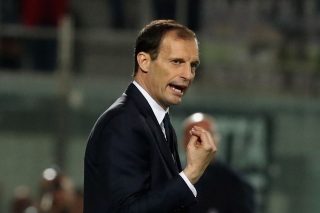 Juventus have reportedly set their sights on two more marquee signings as the Serie A champions look to extend their domestic dominance and conquer Europe.

The Bianconeri have already won seven consecutive Serie A titles, but to maintain that motivation and aim for bigger objectives, they sealed the purchase of Cristiano Ronaldo from Real Madrid this past summer.

Given the Portuguese superstar’s pedigree in the Champions League as a five-time winner, he will aim to add to that by taking the Italian giants closer to their dream of European glory. The wait for Juve currently stretches past 20 years.

However, as reported by Sport, via the paper edition of Tuttosport, Juventus have now set their sights on Manchester United midfielder Paul Pogba and Real Madrid left-back Marcelo to further bolster their squad.

Interestingly, Marcelo was one of Ronaldo’s best friends at Madrid, so it will make a few wonder how much influence the former Los Blancos star already has in Turin.

Nevertheless, Massimiliano Allegri does already have Alex Sandro at left-back. Perhaps a move for Marcelo could open the door for the Reds to sign Sandro, with the potential to work on a deal with Pogba.

As for Pogba, speculation has been rife over his future at United with rumours about Barcelona’s interest going nowhere. His relationship with manager Jose Mourinho could be a lot better and tensions are high at the moment.