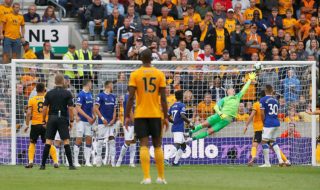 The Reds are said to be keen to beat rivals Manchester City to the signature of the 21-year-old, who starred for title-winning Wolves in the Championship last season following his transfer from FC Porto, where he gained Champions League experience.

Neves has also started life as a Premier League football in impressive fashion, scoring once from a terrific free-kick and providing one assist in four appearances at the start of the 2018-19 campaign.

His contract with Wolves runs until the summer of 2023 and according to the Birmingham Mail, Nuno Espirito Santo’s side will refuse to sell the midfielder during the January transfer window.