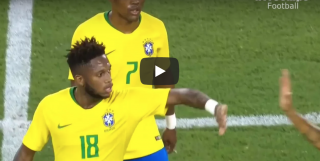 Manchester United new signing Fred started for Brazil on Friday night against the United States as the Samba Boys ran out a 2-0 win.

Thanks to goals from Liverpool’s Roberto Rirmino and Neymar, Tite’s men held out for a comfortable win but it was Fred who caught our attention.

A video has emerged online showing Fred’s highlights from the game – duration 3.32 – consisting of some neat touches, brave forward passing and willingness to track back and win possession.

Fred was benched for United’s win over Burnley, but he’s still been one of the more promising aspects of our season thus far. There are areas of his game that need addressing such as awareness and knowing how much space is usually given in the English game, though they are issues that can be ironed out and I have full confidence in him doing so.

He has come from the Ukrainian Premier League and this is a huge leap. It’s positive that he’s establishing himself as a Brazil international.

Go on, Fred! You can watch his highlights vs USA below: 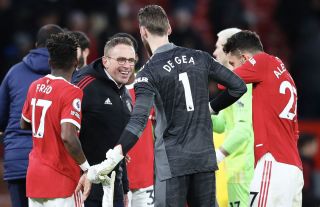