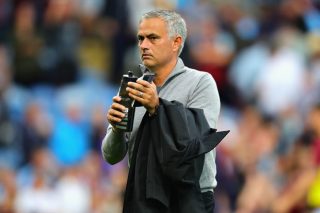 Jose Mourinho’s perfection can rub many up the wrong way, including the organiser of the International Champions Cup.

The Manchester United manager has been branded a “pain in the butt” after he was unhappy during the pre-season tournament this summer, insisting that he could not utilise a full-strength side due to World Cup commitments faced by his players.

And ICC organiser Charlie Stillitano admits that the Portuguese can be difficult to deal with.

“Yeah we had a few cheeky words together,” Stillitano told ESPN.

“He’s a good man and he’s been really good to us and I understand him better than most I’d say.

Stillitano carefully refers to the commercial people, who at United, even angered previous managers for overstepping their mark on tour. There must be nothing worse for a manager than having commercial groups taking your players from preparations to sell the latest merchandise, but it’s important football clubs find a balance to keep everyone happy.

At United, I don’t get the impression there is a balance. The priority is to make money rather than be successful on the pitch. That’s embarrassing for a football club.

And we don’t expect things to change anytime soon.

Mourinho, on the other hand, will always push for the best training environment for his players. It’s required to get the very best out of them and he’s a coach that looks at the minor details.