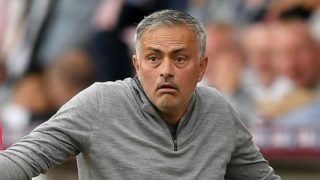 Manchester United midfielder Paul Pogba has reportedly held talks over his future at the club with manager Jose Mourinho and has come to some kind of agreement regarding the time of his future.

According to the Daily Mirror, while Pogba will no agitate for a move away, for the time being, there seems to be an agreement that the France international will settle with staying at Old Trafford for one more season.

He can’t leave right now anyway and United are unlikely to sell a big name like Pogba in the winter transfer window when finding a replacement will be difficult.

Moreover, this could be significant as the new Champions League ruling regarding cup-tied players means big names moving in January this year may seem more likely, but we still don’t expect that to be the case…

The Mirror mentions interest from Barcelona and Juventus and it seems the 25-year-old is still keen on leaving the Reds, with the report stating he is ‘almost certain’ to push for a transfer again next summer and he won’t have any international tournament getting in the way of that.

This gives United time to get everything in order before that happens to find an adequate replacement to fill Pogba’s void, or the void he never quite filled himself.