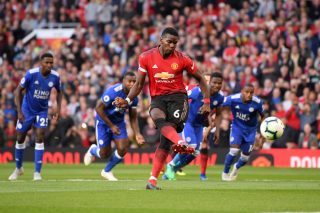 Manchester United legend Bryan Robson has defended Paul Pogba over the amount of criticism he has received over the past year.

The Frenchman has been underwhelming since returning to United in 2016 but started to silence his critics after winning the World Cup this summer.

Though, since returning to United for the new season, his form has returned to the poor state of old and that has lead to more criticism.

But Bryan Robson is standing in Pogba’s defence.

He explains that due to Pogba’s reputation, he probably gets more criticism than is justified.

He’s a top player, but I think Paul comes in for a bit of unfair criticism,” explained Robson, as quoted by the Daily Mirror.

“Every time United have a bad result, it’s always him who gets the flak.

“But it’s a team game and it’s up to everybody to pull together.

“When people were talking about Brighton and his performance down there, there were a lot of players in the United team who were worse than him on the day.

“Yet because of his stature, he’s the one who takes the most criticism. He’s an outstanding player, he just needs that little bit more consistency in terms of his performances.

“But for me he’s got a good attitude towards the game, he’s got the ability, it’s just about getting it out of him week-in, week-out, if you want to go on and win the title.”