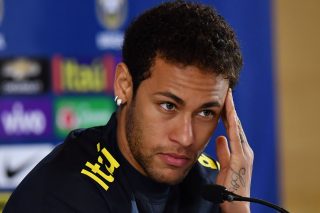 Neymar is set to cause quite the stir after it was revealed what order he predicts the Premier League clubs will finish this season.

The Paris Saint-Germain star will likely be keeping an eye on matters across Europe given his passion for the game as well as the potential research ahead of possible Champions League ties this season, which will likely see the Ligue 1 outfit crash out of the tournament after the quarter-final stage…

However, based on his answer below, it’s questionable as to whether or not he’s been paying much attention to the Premier League so far this year.

Liverpool currently lead the way in England’s top-flight with Jurgen Klopp’s men securing four wins from four while scoring nine goals and conceding just one – from an absolute howler. Yet none of that is enough to seemingly convince Neymar that Liverpool can even get a top-four finish this season.

When asked for his predictions for the upcoming campaign, this is what Neymar has to say.

“Who will in it? Woah, that’s difficult,” he is quoted as saying by The Express. “It’s very hard, it’s very difficult, but Manchester City will win it. Second will be United, third is Chelsea. Fourth is Tottenham.”

Again, this comes as a surprise with Manchester United’s struggles thus far this season, winning two of our opening four league games. It doesn’t exactly set the tone for a side about to go on a run and compete for silverware such as the Premier League title.

Based on the form of late, Neymar’s prediction seems a bit bizarre but we’ll take it. Arsenal are nowhere to be seen, which I doubt Unai Emery will appreciate.