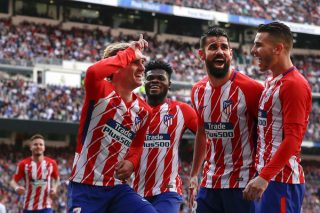 The highly-rated 22-year-old has made 12 appearances for World Cup-winners France this year.

He’s versatile enough to play at left-back and central defender, which makes him all the more desirable for United.

However, Atletico Madrid offered Hernandez a new contract in June which he signed, keeping him at the club until 2024 unless a significant offer comes in.

The La Liga outfit used that contract to bump his release clause up to £72 million in an attempt to put off potential suitors – but is that enough to fend off interest from United?

According to France Football, both Real Madrid and United have not been put off by the increase. This comes after Mourinho was refused the funds to sign Harry Maguire and Toby Alderweireld this summer, so perhaps executive vice-chairman Ed Woodward has accepted his shortcomings.

United’s poor start to the season – winning just two of our opening four Premier League encounters – may see the club dip into the January transfer window.

Hernandez is said to be happy at the Wanda Metropolitano, as per the Daily Star, but a move to Old Trafford or the Bernabeau would be hard to turn down.

“Atletico Madrid are the club of my life,” he said when penning his new deal in June.

“They’ve given me everything and I’m very happy with my renewal because it was what I wanted most.

“They’ve always trusted me, since I came into the youth team and gambled on me, I’m very grateful.

“For me, it’s an honour to have been part of our academy and have made it to the first team, with the club gambling on me like that.

“I can’t do anything else than thank them for their trust and pay them back on the pitch.”