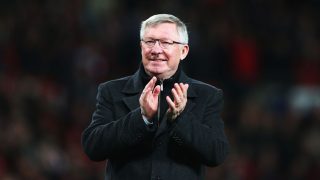 It’s weird being a Manchester United fan these days. Last season we were second only to the most dominant side the Premier League has ever seen and ahead of Liverpool and Spurs (who according to some experts, are two of the best attacking sides in Europe).

Jose Mourinho’s United side has been described as one of the worst United teams in recent memory – a rich man’s West Brom under the Portuguese Pulis, as I heard one hater say. Of course, our goal difference – superior to 18 of the 19 clubs – didn’t matter much. Nor does the fact that we’re averaging 2 goals a game under Mourinho. Let’s not forget that we beat all of the other top six heavyweights, twice in the case of Tottenham, in 2017-18.

After all, the Sir Alex Ferguson years provided us with much more than that – we blew every team away 5-0 didn’t we. No, in fact, we did not.

I can’t read anything about United these days with reference being made in some way to the Sir Alex era. “The legacy of Sir Alex Ferguson”, the “United Way” – goals, attacking football, entertaining sides. Then how come Sir Alex was often called a pragmatist – especially when compared as inferior to Arsene Wenger and Arsenal? It’s only five years since our legendary manager retired – but many people seem to have forgotten what his United teams were all about. Resilience, determination, and above all, winning – three hallmarks we have seen more often than not under Jose. There were, of course, magnificent victories, memories that will forever be cherished and the enjoyable days out at Old Trafford – from 4-0 to 7-1, 8-2 and 9-0, they were undoubtedly amazing times. But the odd game – the exception rather than the rule – shouldn’t determine a legacy that lasted for more than 25 years. Many seem to have forgotten how life actually was in the days when we were spoilt with success.

I love Sir Alex Ferguson to the bottom of my heart – he was the greatest manager in our club’s history and has my endless respect and affection for turning United from also runs into the predominant force in English football. But his myth has begun to surpass his legacy, to the point where it’s impossible for any United manager to be deemed successful. I may not agree with everything Jose says or does, but on the pitch, he’s as close to Sir Alex Ferguson as you can get. I can understand the fans frustration over Jose’s pragmatism, as football has become an entertainment business, that thrives on match-going spectators getting involved. People are entitled to their opinions. But saying that it isn’t the “Manchester United Way” or that “Sir Alex would never have gone to Anfield for a point” is self-deprecation at its best.

Clearly, they don’t remember the two-legged Champions League semi-final with Barcelona in 2008, when a defensively magnificent United made it through to Moscow with that Paul Scholes wonder goal after a rearguard action in the Nou Camp. We’ve always sat back and played on the counter-attack against the top teams, and anyone who tells you differently is deluded. That league and Champions League double-winning side from 2007/08 remains the last free-flowing, attacking United team we had. We may have won the league the following season, but that was a triumph built on defensive fortitude and the brilliance of the Edwin van der Sar/Rio Ferdinand/Nemanja Vidic triumvirate. That back five kept 14 consecutive clean sheets, including four 0-0s and eight 1-0s.

Then there was the Etihad in 2012, even Highbury in 2006 or the FA Cup final in 2007 to name but three, so this ideology of us blowing every opponent away on a weekly basis just does not hold sway.

I will remember Sir Alex for winning trophies, getting us over the line almost by his own willpower alone, and for squeezing every last drop of passion, desire and determination out of players – some of which were alarmingly average – he made proud to don the red of United.

That’s the Manchester United “way” – people just choose not to remember it like that.