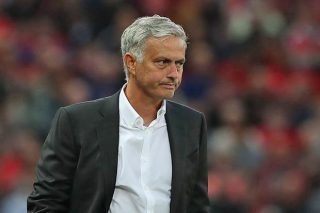 With Jose Mourinho still trying to establish himself as a fundamental figure at Manchester United, the Old Trafford boss has insisted that he hopes David de Gea signs a new contract soon.

The 27-year-old has made 319 appearances in all competitions since arriving at Old Trafford in 2011 and has undoubtedly emerged as one of the top goalkeepers in the world with his consistent form which has been key to the trophy haul he’s been part of.

In turn, the Reds will be desperate to keep their best players. According to The Sun, Mourinho is hopeful that De Gea will commit his future to the club sooner rather than later, albeit a possible obstacle could be the fact that it’s claimed he’s demanding up to a whopping £350,000-a-week to sign.

“I would be a bad negotiator; I would give everything to the players! So I don’t belong to that,” Mourinho is quoted as saying. “I just know that everything is in movement and hopefully sooner than later we’ll have good news.”

That certainly sounds as if Mourinho is putting pressure on whoever’s job it is to negotiate a new contract for De Gea. Reports claimed during the summer that the Spaniard would renew his contract, but now we’ve encountered uncertainty.

His current deal runs until next summer, and so it will become a matter of urgency for United to see him pen new terms as they won’t want to lose him for nothing at the end of the season if no agreement is reached.

It is important to us that De Gea will remain a fundamental part of our plans moving forward given he still has a significant part of his career ahead of him.