Manchester United got back to winning ways with a 2-0 win over Burnley to make it two wins from four.

Jose Mourinho’s men put in a good performance throughout the game to claim all three points, despite being reduced to 10 men after substitute Marcus Rashford saw red for brushing heads with former United defender Phil Bardsley.

However, Garth Crooks is tasked with selecting a Team of the Week and selected just one United player from the win over Burnley.

That was goalscorer Romelu Lukaku, who added two goals to his tally for the season. It was his first Premier League brace for United since his club debut in August 2017.

Describing his selection, Crooks wrote the following for BBC Sport: “It’s just as well Mourinho has Lukaku in his side. The Belgian giant lives to score goals and two first-half finishes sunk Burnley like torpedoes. Apart from Marcus Rashford’s sending-off, I didn’t see an ounce of unprofessionalism.”

Lukaku appears to be one of the main players in the dressing room who has Mourinho’s backing. The pair share a strong bond and the boss knows he can rely on the Belgium international.

Moreover, a stat went viral which sees Lukaku compared with one of his biggest influences in the football world.

See the BBC team of the week below. 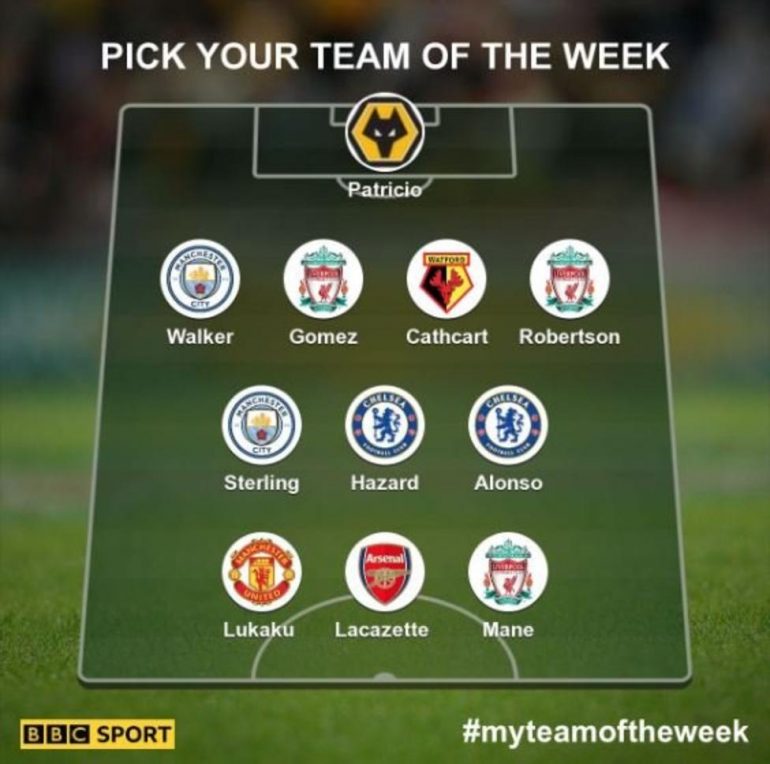 After Lukaku’s dire performance against Tottenham last week, I suggested on the podcast that he wasn’t fully fit but that view changed on Sunday. He led the line brilliantly and United created chances for the Belgian to feed on.

Mourinho knows more creativity from midfield will help Lukaku get a better goalscoring return for the season. That should be the aim for this team going forward.