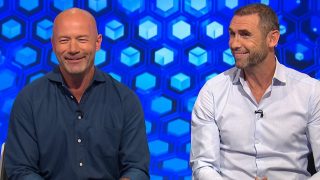 Alan Shearer has suggested that he does not expect Jose Mourinho to see out the season at Manchester United.

The Reds have took just six points from their opening four games of the new Premier League season in the lead up to the international break.

Mourinho has been in the a dragged out high-profile spat with United’s executive vice-chairman, Ed Woodward, and Shearer does not see things cooling down enough for Mourinho to stay.

“It was well documented that he wanted a centre-half,” Shearer is quoted as saying by the Daily Express.

“He also talked a while back about how maybe he should now be called the head coach and not the manager.

“That is also a dig at the vice-chairman, implying he has no control of the players he brings in or sells.

“I don’t think he is going to ride this out.”

Mourinho has had a difficult week after two consecutive defeats to Brighton and Tottenham. The 2-0 win over Burnley was a relief to the boss, who is trying his best to challenge Manchester City to the title this season.

United’s disharmony behind closed doors seems to be seeping on to the field, as most are predicting another tricky and potentially sorry affair when they travel to Watford after the international break.

Mourinho goes over to the away fans to thank them for the brilliant support of him and the team this afternoon. Great touch. [mufcaways_] pic.twitter.com/GLMc3NJoPD