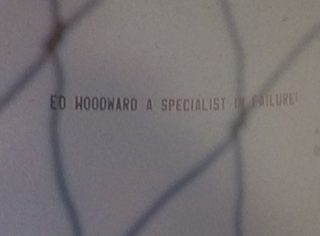 Photos are doing the rounds on Twitter as an Ed Woodward-out banner flew over Turf Moor for today’s clash against Burnley.

The Manchester United executive vice-chairman is not a popular figure at Old Trafford after a series of errors in the transfer market, with several expensive flops coming into the club during his tenure, including David Moyes and Louis van Gaal, and only one major signing this summer, leaving manager Jose Mourinho with a squad that looks ill-equipped to challenge Manchester City for the Premier League title.

While much has been made of Mourinho in recent times to fit a certain narrative, it is Woodward who is the main target of United fans’ anger at the moment.

This sort of protest is unlikely to hurt the likes of Mourinho or the Glazers, who would take it like water off a duck’s back, whereas Woodward is likely to find it hurtful on a personal level.

See the picture of the plane banner below. Hopefully, it sends a clear message to Woodward, who has continued to undermine the manager after a poor summer transfer window.

This is embarrassing. Whoever arranged to get this flown over before the match aren’t fans. We aren’t Arsenal! #mufc pic.twitter.com/NbTZGFaH3g