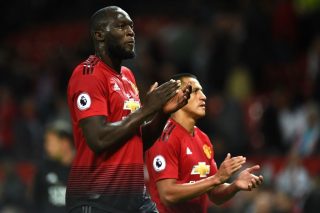 A statistic comparing the goalscoring exploits of Romelu Lukaku and Didier Drogba has been garnering widespread attention online.

Jose Mourinho’s men travelled to Turf Moor hoping to get their Premier League campaign on track ahead of the international break, following consecutive defeats against Brighton and Tottenham.

In the end, this evening’s clash saw quality shine through as Lukaku netted a brace against the Clarets.

Lukaku opened the game’s scoring in the 27th minute, nodding home after a cross from Alexis Sanchez was played into the Burnley box.

Then, just on the brink of half-time, the Belgian added to his tally for the season again by smashing home following a scramble in the Burnley defence.

United didn’t score again as they sailed to a 2-0 victory, but Paul Pogba did miss a penalty just before Marcus Rashford saw red.

However, Lukaku, who struggled last time out versus Tottenham, added yet another two goals to his ever growing Premier League tally, which currently sits at 104 – the exact number of times that Chelsea legend and former team-mate Didier Drogba found the net in the English top-flight.

But, rather impressively, Lukaku has managed this feat in 30 fewer appearances, as per Squawka.

Romelu Lukaku has now scored as many Premier League goals as Didier Drogba.

Parity with his idol. 👬 pic.twitter.com/upEIYiATba