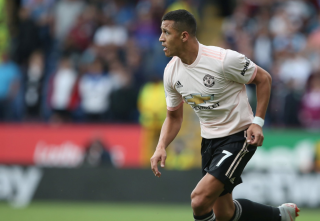 Fans watching Manchester United’s trip to Burnley this evening have flooded social media to show their appreciation for the new pink and black kit.

Jose Mourinho’s United currently lead 2-0 at Turf Moor as they look to get their season on track by claiming all three points against Sean Dyche’s men, following two defeats to Brighton and Tottenham respectively over the past two weeks.

Hosts Burnely, meanwhile, have not been at the races with Romelu Lukaku scoring a brace.

With the international break imminent, today’s encounter at Turf Moor is a must-win for United.

The Reds are sporting their new pink away jersey for the first time today, with the reaction across Twitter having been rather positive.

This United jersey is 👌🔥🔥 finna get one. #BURMUN

This United away jersey is beautiful 😍😍😍

Arsenal need that touch from Adidas!
That United Jersey is too Fine!!!!