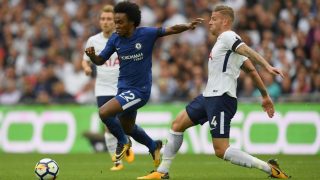 By the sounds of it, Manchester United have been cleared to seal the transfer of Toby Alderweireld if they still want him after quotes from Tottenham manager Mauricio Pocheetino emerged.

HLN were among the many reliable sources to strongly link the Belgium international with United this summer, though a deal never quite materialised.

Ed Woodward vetoed a number of Jose Mourinho’s preferred defensive targets and Stretty News sources understand he only spoke to Daniel Levy about Alderweireld once this summer. That hardly indicates that he was working hard on the deal, leaving the manager in a complicated situation with a number of defenders but few good enough.

So while it may be that Woodward will still be unwilling to sanction a deal for Alderweireld, United can have him if they want him as Pochettino says he won’t force any players to stay at the club if they don’t want to be there. (If only Mourinho was allowed to say the same about Paul Pogba)

‘I am not a person who is going to convince players to stay or not stay,’ the Argentine is quoted in the Metro.

Alderweireld was at Old Trafford this week as Tottenham beat Mourinho’s men 3-0 to resume their perfect start to the 2018-19 Premier League season. And, it was the perfect audition in front of Mourinho, who will still be angered by Woodward not getting the deal done in time.

United started the game with Ander Herrera as part of a back three… A January move for Alderweireld, anyone?