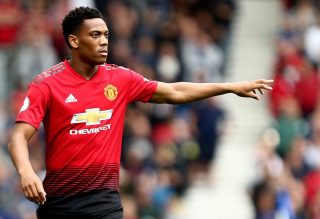 The France international has had a difficult time at Old Trafford and was out of the squad for the 3-0 defeat against Tottenham on Monday night.

Clearly, not a player fancied by Mourinho, it is little surprise that RMC reported later that night that Martial has had enough and wants out of the club.

However, The Times have since reported that the 22-year-old is ready to sign a new long-term contract with the Reds as he feels he can out-last Mourinho.

The immediate response to this was should a player be flexing his muscles in such a way after his agent confirmed he wanted to move elsewhere in the summer? Ed Woodward recently gave Mourinho a new contract and is entertaining a bold view like this from an out-of-favour player? Is the executive vice-chairman going to continue to undermine the manager at every opportunity?

Our friends at Caught Offside claim Zidane had spoken to Martial and fellow Frenchman Paul Pogba about staying at the club as he prepares to take over. While that’s a huge line and one we can’t back up, it’s worth mentioning…

Despite the Independent claiming Zidane is keen on a bit more of a break from football after stepping down as Real Madrid manager at the end of the season, Martial’s drastic U-turn may be down to his elder compatriot’s personal intervention.

Some feel that a different style of manager could be needed to get the best out of flair players like Martial and Pogba, but that’s just an excuse to cover their arses for underperforming and I’d hate to see United get into a situation where the players have more power than the manager.

Or, wait… Isn’t that what we’re seeing?