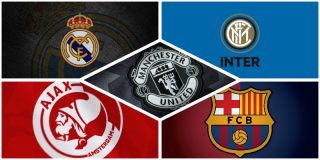 The Champions League draw will be made on Thursday evening, with Manchester United fans looking forward to hearing where the group stages will take them this year.

Hopefully some trips to new destinations – places we’ve never been before to experience different cultures, new cities and, of course, the local beer.

As far as football is concerned, we will all be desperate to avoid being placed in the so-called ‘Group of Death’ which puts some of the top teams against each other so early in the competition, though if you’re in it to win it, you must be prepared to take on any team that stands in your way.

READ MORE: Liverpool ace explains why Man Utd was the wrong team for him

However, after the pots were confirmed, there is every chance that we could be given a nightmare draw and a really difficult path through to the knockout stages.

As per Sky Sports, United will be in the second pot for the draw, and of course, they can’t meet any fellow Premier League clubs at this stage of the Champions League.

Still, the Reds could feasibly end up with one of Real Madrid or Barcelona from the first pot, along with Monaco and Inter from posts three and four respectively.

We shouldn’t shrink to any challenge. However, given our struggles in the Premier League so far this season, the last thing that Mourinho needs is to be eliminated from the group stages of the Champions League, but we should still want a test of some sort in the group.

The pots are as follows: