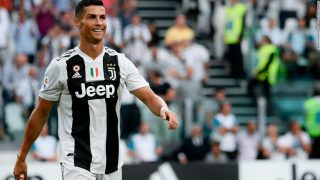 The Reds have been grouped with Juventus in the Champions League, meaning Ronaldo is set to return to United for just the second time since he left the club in 2009.

Ronaldo scored in both legs as Real Madrid knocked us out at the last-16 stage in the 2012/13 season when the Portuguese superstar last faced his former club. Jose Mourinho was the manager at Los Blancos at the time.

United will hope Ronaldo is less influential this time, but for now, the fans seem mostly happy to see the Portugal international back in Manchester, where most believe he belongs.

The 33-year-old’s name is still sung at games by United supporters after a superb spell with them between 2003 and 2009, during which he won three Premier League titles, the Champions League and other honours.

Here is how United fans reacted to the draw on social media, with the Reds also set to face Valencia and Young Boys in Group H:

RONALDO back at old trafford.. scenesssssss… i m crying

He’s coming back to Old Trafford after all. 🔴⚫#WeAreRonaldo pic.twitter.com/YTgfK1LA1a

Ronaldo back at OT😍😍