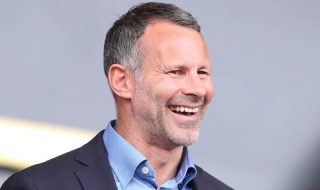 Ryan Giggs has ruled out replacing Jose Mourinho at Manchester United and reckons Sunday’s game at Burnley is an ideal trip for the players to respond.

Mourinho is under immense pressure at Old Trafford after successive Premier League losses, but he will put that down to a lack of transfer activity in the summer.

United legend Giggs is priced at 12-1 with some bookmakers to be the next manager.

But when asked about his prospects, Giggs said: “No, I would keep your money in your pocket if I were you.”

Giggs, who made almost 1,000 appearances for United throughout his playing career and was also later part of the coaching staff, feels Sunday’s trip to Burnley is a good game for them to bite back.

“It is a time for the fans to stick together and get behind.

“It’s a tough time at the moment but we have had tough times before and got through it.

“Burnley was one of the games where I was setting up the cones before the game and I thought I wouldn’t mind playing today.

“It is a fantastic game to get rid of all that negativity around the club.

“Purely speaking as a fan I hope we get through it sooner rather than later.”

Prior to Mourinho’s appointment in 2016, there were calls from members of the press to give the job to Giggs rather than the former Chelsea and Real Madrid manager. He wanted the job but decided to leave the club to take the Wales job instead of remaining part of the coaching staff.

Mourinho wasn’t preferred by all and some members of the club’s board wanted Tottenham boss Mauricio Pochettino.

There’s no denying Giggs would be a romantic appointment in the future, but right now, it’s perfectly reasonable to question whether he has the managerial experience to take such a job. Working with Wales will do him the world of good.