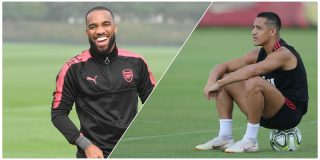 Sanchez has yet to hit the ground running in a United shirt following his January arrival and Arsenal fans are taking every opportunity to lap it up.

After another disappointing performance on Monday night against Tottenham, when Sanchez came on as a substitute, Arsenal fans were first to rub salt in the wounds.

An Arsenal fan with the Twitter username @AleeArsenal poked fun at the former Gunner with a post about Sanchez’s comparative form with Arsenal and United.

Alexis at Arsenal vs Alexis at United pic.twitter.com/aW26wF8yrB

The tweet picked up lots of attention and Lacazette even gave the post a ‘like’, showing that he’s also prepared to kick an ex-teammate whilst he’s down.

The pair played together for a brief period at Arsenal before Sanchez made his big move up north to join United, snubbing Manchester City in the process.

Hopefully, Sanchez hits top form again and makes all of these Arsenal fans (and players) eat their words.

Someone grabbed a screenshot of Lacazette liking the tweet before he could remove it. 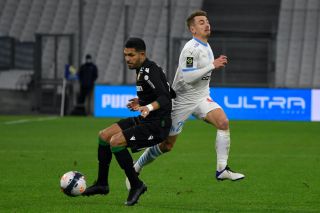 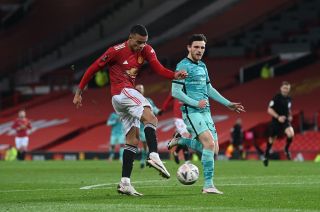