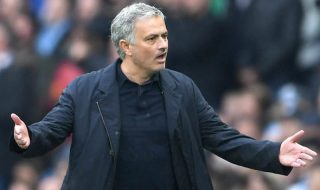 Mike Phelan doesn’t believe Jose Mourinho is looking for a way out of Old Trafford but concedes that he is doing himself few favours with his actions.

It has been a testing start to the new season for the Reds and rumours of unsettlement in the dressing room has only made the situation worse. Mourinho no longer sees eye-to-eye with Paul Pogba and executive vice-chairman Ed Woodward.

Moreover, Phelan, who worked as Sir Alex Ferguson’s assistant years after playing for United, feels Mourinho’s confrontational attitude is doing nobody any favours.

Phelan told Sportsweek on Radio 5 Live: “Any manager of any big institution, which is what Manchester United is, internationally, you have a role and a responsibility to give out the correct messages.

“You don’t have to avoid conflict, but you certainly have to conduct yourself in a way which is befitting of the tradition of where you’re working, and that’s something you can do by keeping your own counsel and getting on with the job.

Mourinho has also been warned that his fiery attitude could play into the hands of his arrivals.

“There is fierce competition within the city. If United are at loggerheads within the club, it just helps fuel City’s cause more than anything else.

“That’s something they need to be very careful of because City are a very big club now and they’re very well run.

“They know how to use certain situations, and unrest across the road helps. It can’t not be a help and they use it well.”

While I agree with most of what Phelan is saying, Ferguson was never one to shy away from conflict or being fiery. Mourinho has always been this way and we can’t see him changing anytime soon.

Phelan adds that he doesn’t think Mourinho is looking for a way out of Old Trafford.

“I don’t think so. You’re the manager of Manchester United, why would you want to leave that situation?

“It probably is delicate right now, in terms of his managerial role, but most things are controlled by results. You’ve got to perform well, get the right results and enjoy the time that you’re there.

“Not many people become manager of Manchester United. Sir Alex had it for a long, long time, then a few have come along since to try to emulate him and make them the champions again.

“It’s something you’ve got to embrace, rather than not embrace, because it’s a fabulous time to be at a football club of that magnitude.”