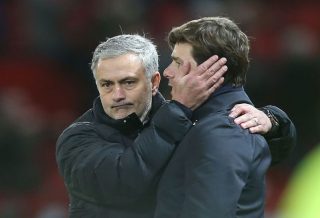 Tottenham Hotspur manager Mauricio Pochettino has cited Jose Mourinho as one of this biggest inspirations.

Pochettino and Mourinho go head-to-head on Monday night as Spurs visit Old Trafford for a game which is already being described as vital, even at this early stage of the season.

The reason being United have not started the season how they would have liked after suffering defeat to Brighton & Hove Albion a week ago. That came after an unconvincing 2-1 win over Leicester City in the opening game of the 2018-19 season.

Moreover, all does not appear to be well within the club, with Mourinho reportedly battling fall-outs with the board and key players such as Anthony Martial and Paul Pogba.

The game is important for Spurs, too, who look to take advantage of Manchester City dropping points against Wolves at the weekend.

Whatever stress Mourinho is currently going through, Pochettino still holds the utmost respect for his opposite number.

Asked what he has learned off Mourinho, Pochettino said, as per the Evening Standard: “A lot of things.

“I think for every single manager that is younger than him he was the inspirational manager.

“Of course he is an unbelievable manager and of course the circumstances that happen with myself and happen with different managers is always going to be up and down. He has been inspirational – but I am younger than him!”

If Mourinho had his way this summer, Toby Alderweireld might have been featuring for the Reds instead of Spurs tonight. He would have made a huge difference to our defence, though one can’t blame Daniel  Levy for sticking to their asking price for the Belgium international.

Alderweireld’s future has been a constant source of speculation ever since he failed to agree a new deal and Pochettino did not commit to whether he will be playing at Old Trafford.

“Like always, my decisions are my decisions, and sometimes it’s difficult for the people to understand, and of course for journalists, it’s not easy,” he said.

“This season is a challenge, a completely different challenge for us, because it’s only three weeks, that the players arrive from the World Cup and are in training.

“Always you need six or seven weeks to start to compete in a normal season, that is why sometimes you need to be careful how they react after the effort of 90 minutes.

“Sure I am going to do some changes, some names, sometimes I keep this formation, or we are going to play with different formation, but we still have a few days to take the best decision for the team.”

It will also be interesting to see if Hugo Lloris keeps his place in the Spurs team after being charged with drink driving on Friday.

Make sure that’s water in the bottle and not Vodka! 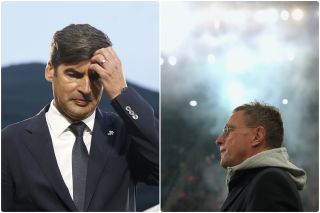