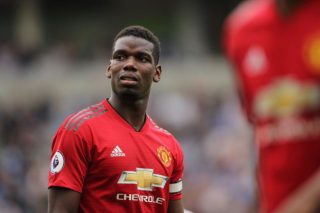 Barcelona defender Gerard Pique has responded to the speculation linking Paul Pogba with a switch to Camp Nou.

The transfer window for clubs in Spain and France is scheduled to shut on Friday, so the clubs that plan on strengthening must accelerate their operations beforehand. It remains to be seen if Barcelona will make any last minute moves, although Pique, one of the leaders of Ernesto Valverde’s side, has spiced up claims the La Liga champions want Manchester United midfielder Pogba.

“We would be happy to have him here,” Pique said, as per Sport.

READ MORE: What Mourinho said about Man Utd fans ahead of Tottenham clash

The France international has been linked with a move to Barcelona since winning the World Cup in Russia earlier this summer. It followed reports that Pogba and Jose Mourinho’s relationship was constantly worsening, and you would be beyond naive to believe otherwise.

“I know very little of what is happening in Manchester, the relationship that exists (between Mourinho and Pogba).

“Pogba is a very good player, but a Manchester United player right now, and we will see in the future if anything happens.”

Pique does not hide that it would be a great reinforcement.

“We would be happy to have him [Pogba] here, but Manchester United is his club and, if someone has to say something, it must be them.”

If the relationship between Pogba and Mourinho doesn’t improve between now and the next transfer window, it would be stupid to rule out any potential transfer.

Mourinho has denied reports claiming there’s a problem between the pair, but what else is he going to do? The club won’t allow him to speak his mind and take Pogba on publicly because it would affect their negotiation stance in the future should a decision be made to sell the former Juventus star.