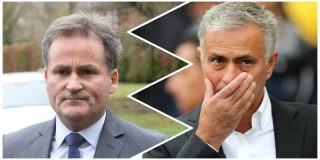 A lot has been written about Jose Mourinho in the past few months. Each day the Manchester United manager is dragged through the dirt, one way or other.

Whether it has been for his complaints about transfers or his team’s performances on the pitch, Mourinho has dominated the headlines.

We’re used to it at this stage, so it was no surprise to see Mourinho hit the headlines once again on Friday afternoon during his press conference.

Mourinho was expected to answer a number of questions before his side’s game against Tottenham Hotspur on Monday night.

But the boss didn’t look like he had any interest in answering questions for the press, the same way a lazy dog would scamper the second he notices a leash come out of your shed. He arrived half-an-hour early for his press conference and ended up speaking to the media for just four minutes and 13 seconds.

He answered 13 questions in that time frame before concluding (read the full transcript).

Mourinho has had to contend with criticism from the media for some time and has clearly grown tired of their questions in recent times.

Though Richard Keys is not impressed.

Keys took to Twitter to address Mourinho’s press conference, where he called him a ‘disgrace’ and an ‘enemy to football’.

“How much lower can Mourinho drag the good name of Manchester United?” He wrote.

“That press conference today was a disgrace. Ramon Calderon X-President of Real called him ‘an enemy of football’. He was right.”

How much lower can Mourinho drag the good name of Manchester United? That press conference today was a disgrace. Ramon Calderon X-President of Real called him ‘an enemy of football’. He was right.

A small bit over the top? Yeah. Keys will say anything for a second in the spotlight and I highly doubt Mourinho will acknowledge what he said.

It is indeed rich of this buffoon to lecture anyone on their behaviour. You’d think he was a saint. 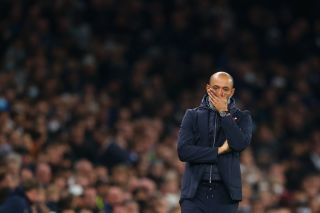