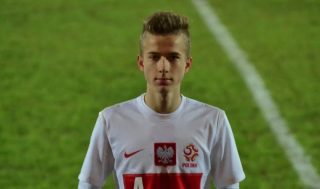 The transfer window may now be closed for Premier League clubs, though Manchester United are believed to be announcing the signing of a new youth right-back very soon.

That’s according to the MEN, who claims that a 16-year-old by the name Lukas Bejger is due to join the Reds on a permanent deal.

Described as a right-back, Bejger was a target for Manchester City too, but United came out on top just like they did with Alexis Sanchez and Fred in recent months.

We haven’t seen Bejger play, so it’s really difficult to predict what sort of career he’s going to have at United. Hopefully, it works out and he gets onto the fridges of the first team one day.

United have always been known for giving youth a chance and Bejger will be hoping it’s no different with him. At City, it’s rather different and that may have influenced his decision to join the biggest football club in the world.

Bejger will now take his place within the U18s squad and we will be keeping a very close eye on his development at United. Hopefully, we have a new Gary Neville coming through the ranks! (No pressure)