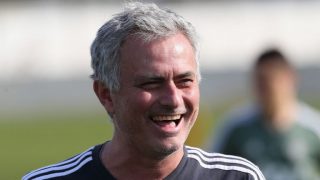 Jose Mourinho may be able to call upon Nemanja Matic and Antonio Valencia against Tottenham on Monday after the pair returned to full training.

According to David McDonnell of the Mirror, the pair could be both in contention to face Spurs following their return, with neither having much preparation done during the pre-season tour due to injury.

Matic underwent surgery on an abdominal issue, while Valencia had a calf problem. And, after last weekend’s shock defeat to Brighton & Hove Albion, we could definitely do with them back in the team.

Andreas Pereira wasn’t at his best against Brighton but was unfairly substituted at half-time considering how woeful everyone else was on that day. By starting Matic, though, the defence should receive more protection, but our build-up play may get slower as a result.

Ashley Young was deployed at right-back in place of Matteo Darmian, who started the season opener against Leicester. Like Pereira and the rest of his teammates, Young struggled at the Amex Stadium but Mourinho will still trust him going forward.

Valencia will be United’s first choice right-back this season – make no mistake about that – and he’s also the club captain, despite not being fluent in English.

If Matic and Valencia are able to face Spurs it will be a big boost for United as Mourinho has complained in the past about the absentees in his squad.