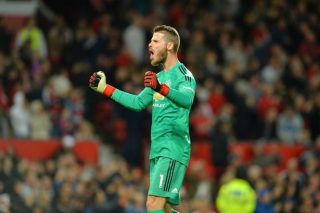 Several of the ratings for FIFA 19 have emerged online courtesy of leaks from the demo version of the game.

While these ratings are not final as EA Sports have the ability to make changes before the full version is released on 25 September, it provides a valuable insight into the sort of overall marks we can expect to see.

The good news for United fans is that they do boast the joint-highest rated player in the Premier League, with David de Gea rated at 91, which sounds just about right considering he is the best goalkeeper in the world, even if his form has slumped a bit since last season concluded.

Bayern’s Manuel Neuer is rated 90 – one grade below De Gea – after an injury-plagued season.

The 91 rating for De Gea puts him level with Manchester City talisman Kevin de Bruyne, who was also given the same rating as Real Madrid midfielder Luka Modric. In the middle of the pitch, United only have Paul Pogba (rated 88) that rivals those highly rated stars, with Nemanja Matic next at 86.

Romelu Lukaku is 87 rated whilst Fred, United’s new £50 million signing, is just 82 rated. That should be higher by the time FIFA 20 is released…

Meanwhile, Jesse Lingard is 82 whilst club captain Antonio Valencia is also at 82.

You can see the full rating below, with Alexis Sanchez highlighted at 87. What are your thoughts, are they fair? 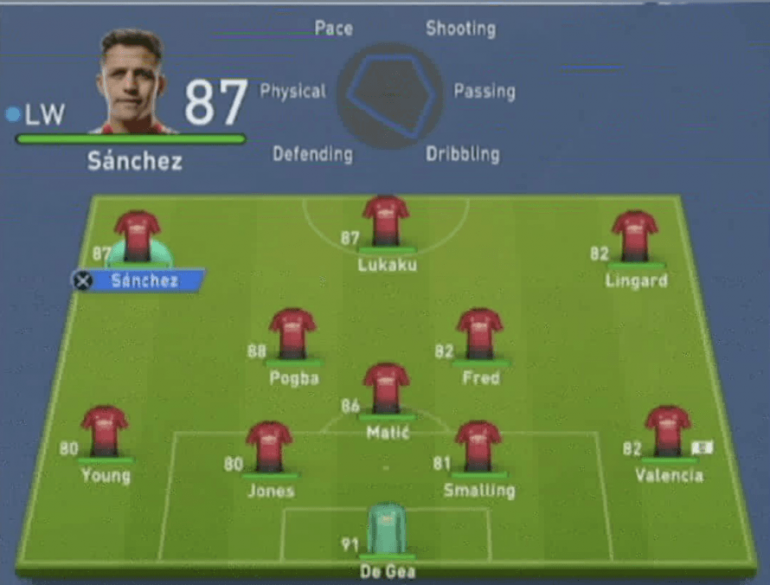